High Hopes is a song of Pink Floyd released in 1994 on the album The Bell Division. It is composed by David Gilmour and his wife, Polly Samson. 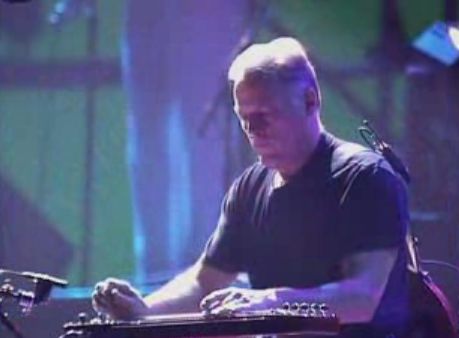 On the Long Road, at the foot of the Giants Causeway
Do they still meet near the Rift?

Looking beyond the flagstones of the bridge burning under our feet,
To see how the other side was green
Our progress slowed by sleepwalking
Dragged by the force of an inland tide

Beyond, flags deployed
We reached the dizzying heights of this dream world

Eternally overrun with desire and ambition
There is still an unfulfilled hunger
Our tired eyes, still lost in the horizon
Revisiting all this path we have traveled

The Causeway & The Cut

"Causeway" probably refers to the "Giant's Causeway" – the Giant's Causeway. It is located in Northern Ireland, on the coast of Antrim. The legend says that it was the giant Finn McCool who built it to go to Scotland (it's just across the street) to challenge another giant. This "pavement" is like "paved" with hexagonal or octagonal basaltic lava stones that result from an eruption 60 million years old. By rushing into the sea, the molten basalt crystallized by taking these amazing geometric shapes that in France are called "organs". We can see this kind of geological curiosity in Auvergne, in Bort-les-Orgues, precisely.

The Giant's Causeway would be, according to the legend of Finn McCool, an abutment of the huge bridge he would have built to challenge his rival. The other abutment would be the Fingal Cave, north of Scotland, immortalized by Mendelssohn and by … Pink Floyd in 1969, in a play, Fingal's Cave, intended for the soundtrack of Zabriskie Point of Michelangelo Antonioni. Fingal's Cave finally was not retained.

See it page dedicated to the Giant's Causeway in the site folders.

"The Cut" – the rift – probably refers to the faults and cliffs of the Giant's Causeway. It could also be simply the separation of the ocean between Ireland and Scotland.

The grass was greener

The Grass is Greener is also a 1960s comedy by Stanley Donen. She came out in France under the title Elsewhere the grass is greener (image opposite).

If we let the disc spin in the void after High HopesWe hear a phone conversation between Steve O'Rourke – former manager of Pink Floyd, who died in 2003 – and Charlie, one of David Gilmour's sons. It seems to be a nod to Steve O'Rourke who absolutely wanted to participate in the album. Thanks to the presence of this recording on the record, it's done!

Attempt to analyze (by Phegos)

Beginning of the chime → beats the measure inexorably (symbolic of the passing time?)

"When we were young" nostalgia for youth

"Our thoughts strayed constantly and without boundaries" childhood allows you to get lost in your imagination without restriction of any kind.

"Do they still meet there by the Cut? "People (giants?) Met near the Faille of the Giant's Causeway, but questioned about this meeting habit. (see info already on the wiki page)

"There was a ragged band that followed in our footsteps" the ribbon could symbolize the story, the culture, the personality dragged by the narrator

Here dreams could symbolize the life of the narrator, he must explain his story before dying.

"Here the ants can represent the evils and the sufferings undergone by the narrator, these evils tend to bury him (and thus to attach him to the ground), the history must to persist despite the difficulties.

But according to the narrator this story is in the hands of decadent people, the human species becomes decadent.

"The light was brighter" Same idea, principle of it was better before

"The nights of wonder" references to the moments spent with the loved one?

To look at the goal of the march (conquest of a neighboring field? I make "war" in philosophy this year so I may say bullshit with this kind of interpretation …). They look, they have no idea of ​​"how green the grass is on the other side" (maybe not greener)

"Steps taken forwards but sleepwalking back again" doubts gnaw the narrator, after all his old world was perhaps not that bad.

"Dragged by the strength of some inner tide" an inner strength, a curiosity pushes the narrator to move forward.

"We reached the dizzy heights of that dreamed of world" the narrator reaches his goal which, as described, looks like an Eldorado (and therefore by definition does not exist)

Back the bells, as if the story started again

"There's a hunger still unsatisfied" the narrator still has not found what he was looking for.

"Our weary eyes still stray to the horizon" the narrator looks further.

"Though down this road we've been so many times" but at the thought of the road already traveled, a tiredness gives birth to what seems to be a hesitation.

"The grass was greener" cf the small end note

"The light was brighter" ditto

"The taste was sweeter" joins the first sentence in the idea

"The nights of wonder" same as "the grass was greener"

"The dawn mist glowing" tomorrow is a new day where it is possible to do other things, to go further.

Solo de fin → gives an impression of getting lost in the meanders of time (personal impression, tell me frankly if this remark has its place in the wiki)

The little end note: in this last chorus the correspondence of times is blurred and we do not know if the narrator speaks of the world of his childhood or the world in which he landed. In the first option we come back to the first chorus. In the second option it would mean that the grass was actually greener at the neighbor's (remember that Gilmour says that High Hopes talks about his childhood in Cambridge and eventually he replaced Barrett in the band Pink Floyd where he knew a much better life (probably) than during his studies in Cambridge).

General idea
A narrator, probably old and / or close to dying, tries to convey his story. From his childhood where everything seemed wonderful he had to grow up. Growing up is a trying ordeal (fatigue and hesitation to continue are evoked) but the narrator was driven by desire and ambition. And he never stopped trying to progress. And so, according to the narrator, is it about the human kind always looking to improve his life

Is it a coincidence High Hopes, the last song of Pink Floyd's latest album, talks about life in Cambridge when I was a teenager?

High Hopes on The Bell Division 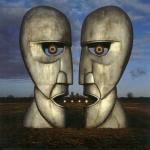 The High Hopes / Keep Talking / One of These Days single

High Hopes on Echoes: The Best Of Pink Floyd.

Version of 10 min 11 s 1) recorded on May 5, 1994 in Tampa. There was little variation on this song during the tour. This version stands out with an acoustic final much better than in others!

A Passage Of Time

7:50 version recorded on 13 September 1994 in Turin. Always this same concert for the irreproachable audio quality of the songs! Note that the versions of Gilmour (in 2002 and 2006) are perhaps better, but it is not really Pink Floyd.